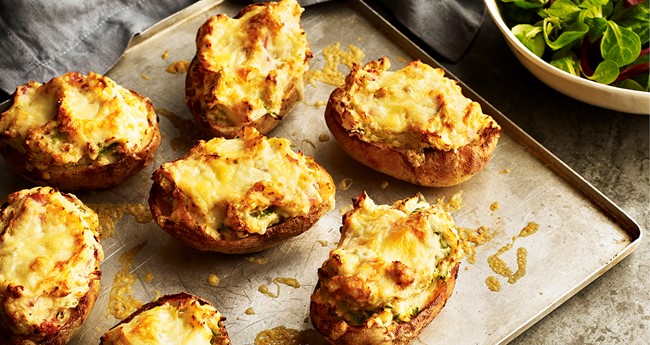 Prick the potatoes with a skewer and wrap in cling film and pop into the microwave for about 10 minutes.

Slice the cooked jackets in half and scoop out the potato into a large mixing bowl. Brush the inside of the potato skins with the melted butter and pop into the hot oven to crisp a little.

Mash the potato with a fork and mix in the chopped ham, cooked shredded cabbage, Dijon mustard, egg yolk, chopped parsley and sour cream. Give it all a really good mix.

In a separate bowl whisk the egg white until white light and fluffy. Fold into the potato mixture.

Remove the skins from the oven. Spoon the potato mixture into the skins, top with the grated cheese and pop back into the oven for about 8 minutes until golden.

4 Fluffy potatoes (such as Maris Piper or King Edward) 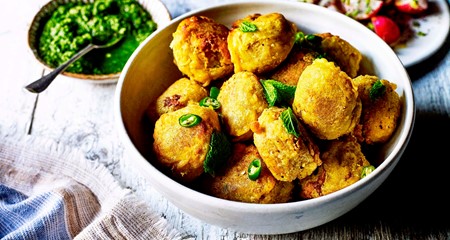 Serve up something deliciously different for your guests this party season. These Indian street food snacks are really aromatic and satisfying. 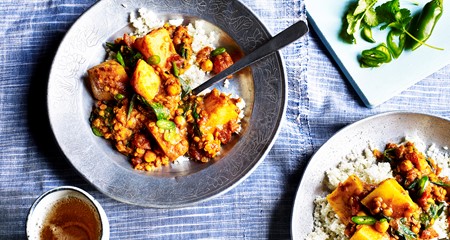 Great for a mid-week pick me up!

Here's a clever way to use up leftovers from a weekend roast. Packed with hearty flavours and warming herbs and spices, it's a real mid-week treat.