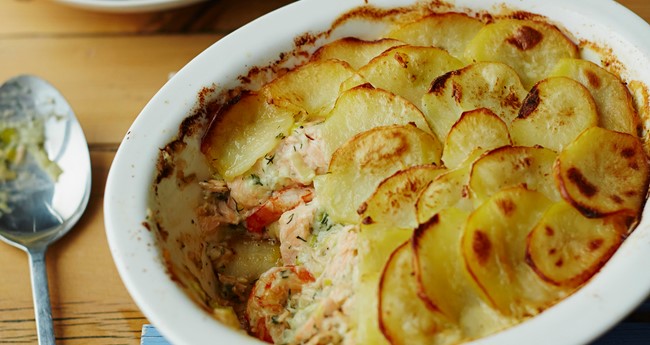 Cut the potatoes into even sized chunks and place in a steamer set above a pan of boiling water. Cover with a lid and steam for about 15 minutes until they are just tender, but not too soft. Once cooked, leave to cool slightly.

Meanwhile, melt 40g of the butter in a large saucepan and gently sauté the leek with the bay leaf until the leek has softened but not coloured. Stir in the flour for about 30 seconds before gradually adding the wine, stirring to prevent any floury lumps, before doing the same with the milk. Bring to a simmer and cook for a few minutes until you have a thick sauce.

Stir in the salmon and prawns and return to the simmer. Cook for about 5 minutes, until the prawns are pink and the salmon is cooked, before adding the parsley or dill, eggs and capers, (if using) then season with salt and pepper.

Thinly slice the potatoes and lay half on the bottom of an ovenproof dish such as a casserole or deep pie dish. Spoon in the fish filling, removing the bay leaf, then lay the rest of the potatoes on top.

Melt the remaining butter and brush over the top of the potatoes. Place in the oven and cook for 35-40 minutes or until the top is golden. This delicious recipe is perfect for using up leftover roast turkey after Christmas! Perfect when served with a runny poached egg. 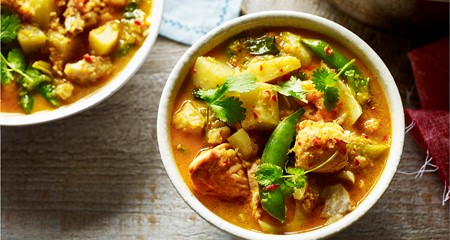 Enjoy Malaysian flavours with this brilliant curry.  Using prawns, cod and salmon, this is a fragrant and delicious dish with punchy aromatic flavours. 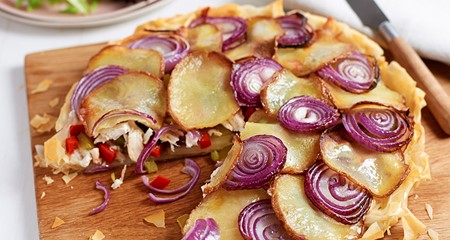 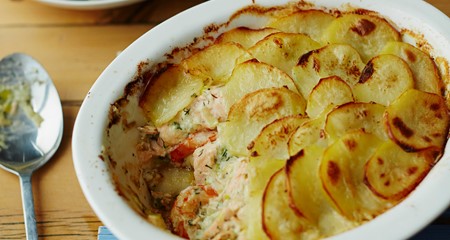 This is a lovely alternative to making a classic fish pie and such a comforting dish to eat. Feel free to swap the fish to suit your preferences or in fact you could buy fish pie mix which many supermarkets sell at the fish counter. Served with some green vegetables, this is sure to become a family favourite.