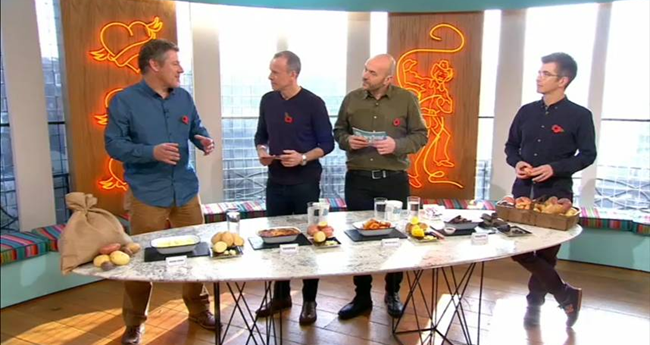 In the feature, Rob took the presenters and viewers through four potato varieties with differing tastes and textures, and told us the secrets behind what makes them taste so good, and which spud works best in different dishes. Our taste buds were tingling as the presenters got stuck into a number of potato platefuls, leaving us all wanting more.

The Sunday Brunch team are so keen on potatoes they included our Indian-Spiced Potato Rosti, Haddock and Poached Egg Stack recipe on their website. We'd love to hear if you've tried out this dish, or any of our new recipes from the site. Join the conversation on @TastyPotatoes #morethanabitontheside 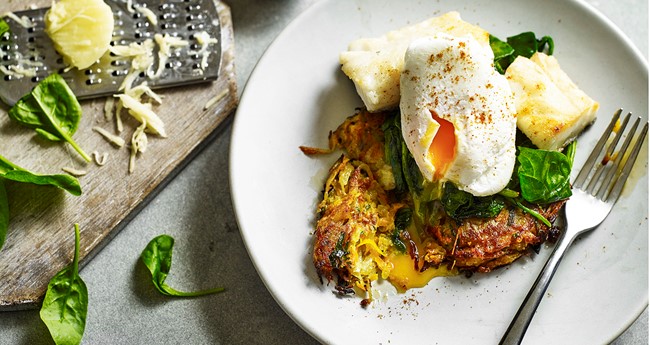 Giving an Indian twist on a classic potato rosti recipe helps gives this recipe a bit of a kick for spice lovers! Perfect for a healthy breakfast.