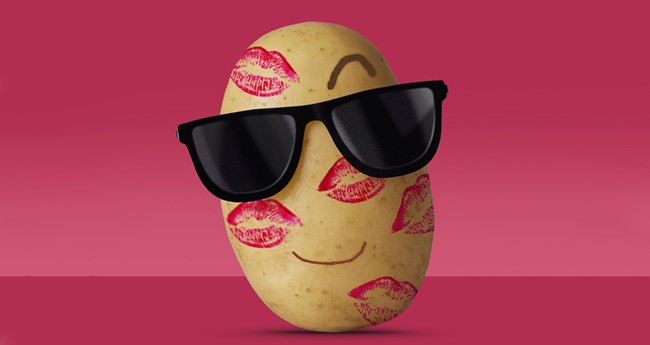 This week, Waitrose Food magazine published a definitive poll to prove it. Their survey of 1,000 food-loving respondents revealed that while ingredients such as cheddar, onions and peas came close to being the nation’s favourite, nothing really beats the humble potato.

So why does this British love affair with potatoes exist? There are a number of reasons, ranging from their versatility, to their cost effectiveness, but the growing popularity of gluten-free foods is a contributor.

With gluten-free diets now widely positioned as healthier, particularly in the media, a recent survey* has revealed that 15% of people will choose free-from foods despite only suspecting a food allergy, with 36% stating that they do so because it makes them feel better.

As well as potatoes, lots of other fresh British produce made it into the top 10, including minced beef, carrots, tomatoes and eggs. Perhaps surprisingly, some of the trendier super-foods of today, such as avocados and blueberries, didn’t make the cut – hinting that we may be a nation of traditionalists at heart. When asked about favourite foodie hobbies, preserving, pickling and foraging all came in the top 5 – showing that despite modern convenience, sometimes we love going back to our roots!